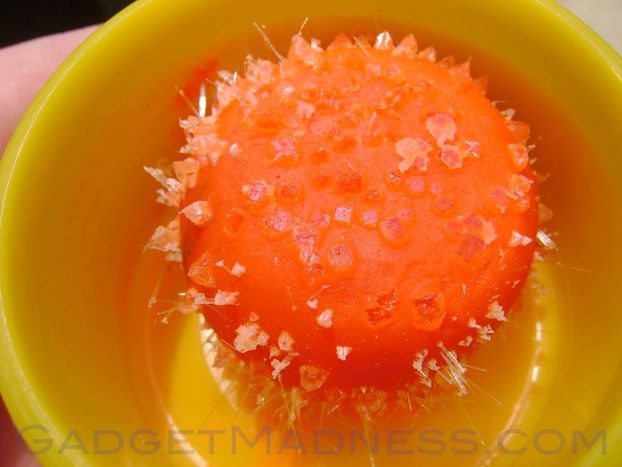 Have spores from another planet infested this can of children’s modeling clay? While NASA may have discovered water on Mars (again, snooze) strange crystals were discovered today growing in a can of Play-Doh modeling compound. From the Ask GadgetMadness Hotline:

While these strange crystals growing out of our favorite childhood clay certainly look alien they’re actually…. salt crystals! According to Hasbro’s customer service faq Play-Doh is made from salt, flour, and water. Under certain conditions Play-Doh can lose moisture and dehydrate resulting in the interesting crystal formations seen in the photo above. Mystery solved!

(A big thanks to our friends at Moogly for sending this one in.)