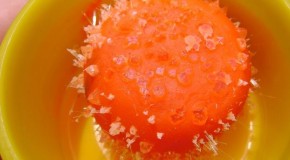 Have spores from another planet infested this can of children’s modeling clay? While NASA may have discovered water on Mars (again, snooze) strange crystals were discovered today growing in a can of Play-Doh modeling 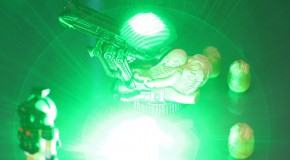 These leaked images for the upcoming ALIEN prequel “Prometheus” are from footage shown at ComicCon 2011 and fans of the series will see traces of a derelict spacecraft, familiar dome spacesuit helmets, and hallways