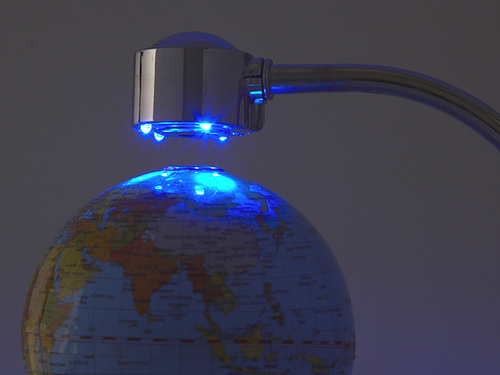 This orbiting space structure has been launched into our atmosphere by Brando in an attempt to re-cool the polar caps of the earth. Using four high-powered subzero freezer beams…hold up. Looks like this is just an electromagnetic floating globe with blue LED’s to illuminate the Earth in the dark. Bound to look cool though on any future super villain’s desk – for plotting out total global domination!
Brando Floating Global