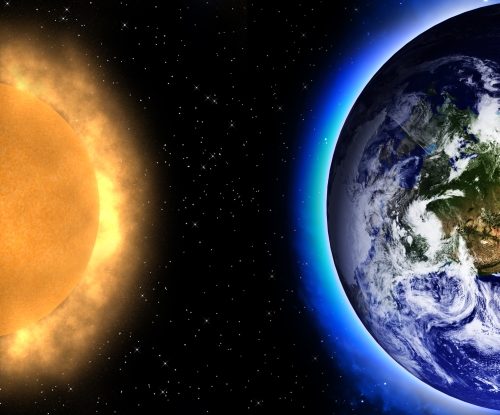 Photo © Steven Neil | Dreamstime.com
While the Army is not going so far as to scream “MANBEARPIG!” they are giving their two cents about global warming, stating that the sun and not man are to blame for the massive climate changes going on:

In the March, 2008 issue of Physics Today, West, the chief scientist of the Army Research Office’s mathematical and information science directorate, wrote that “the Sun’s turbulent dynamics” are linked with the Earth’s complex ecosystem. These connections are what is heating up the planet. “The Sun could account for as much as 69 percent of the increase in Earth’s average temperature,” West noted.

This goes against everything we’ve been conditioned to think about global warming, and is an interesting position to take. However other publications have stated the very same thing – other worlds in our solar system are heating up too, not just ours. We’re not suggesting you stop recycling or going green or anything like that, only that maybe we aren’t totally to blame for all the crazy climate change. Now if you’ll excuse us, we’re off to see our therapist to say “I told you so!”
Wired