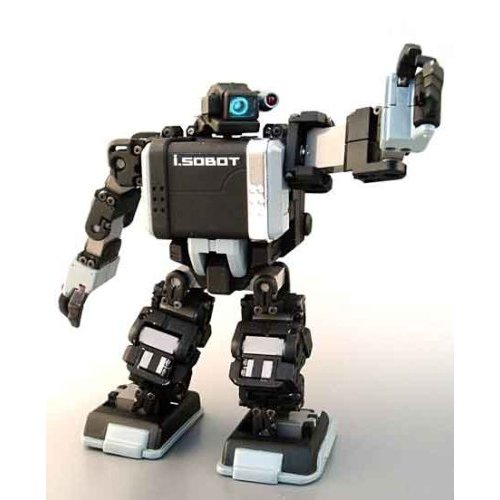 Expensive toy robots are on the rise, and we want them all. Tomy dropped us a line today to let us know that I-SOBOT, the world’s smallest robot is up for pre-order on Amazon and will be released soon. For those who haven’t seen i-SOBOT, he features 17 actuators and a gyro-sensor to keep his balance with vivid movements and flexibility. i-SOBOT has over 200 words and phrases in his vocabulary, and is ready to go right out of the box. He reminds us of the Jackie Chan of the robot world, if Jackie was 6.6 inches tall, and well, a robot.
Apparently there’s a camera version of the i-SOBOT also, and if you have two of them they’ll duke it out, “robot style.” Video after the jump.
Amazon