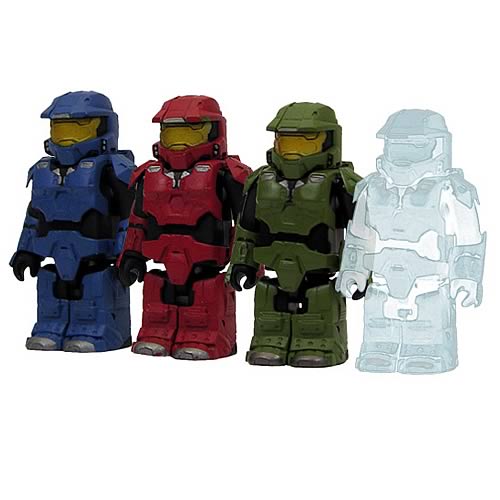 I’m a rabid fan of Kubrick figures, which are essentially tiny Japanese-made action figures that are much cooler than any other similar style figures released here in the States. Once upon a time the best place to find these gems was on eBay, recently they’ve been popping up directly in retail outlets which is awesome. While my “Blair Witch Project” and “Blair Witch Project 2” Kubricks (aka “Bearbricks”) hold a special place in my heart, this new set of Master Chief figures from Halo 3 are pretty damn cool.
If you’re a Kubrick figure fan, tell us which are your faves in the comments!
Amazon
Kubrick Halo 3 Master Chief Figure