How to Snag a Samsung Galaxy Tab On or Before Black Friday, and Which Carrier?

Ed Steele November 20, 2010 Comments Off on How to Snag a Samsung Galaxy Tab On or Before Black Friday, and Which Carrier? 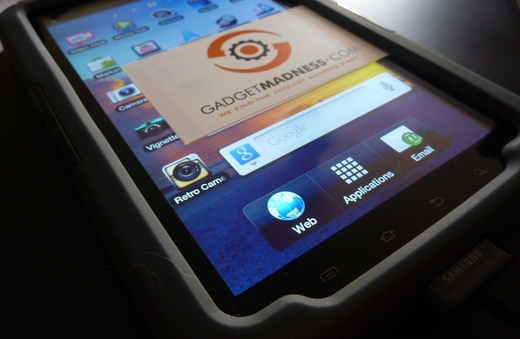 Editor’s note: This is my story of how I purchased my new Galaxy Tab without signing up for a data contract. Your mileage may vary.
Interested in scoring a new Samsung Galaxy Tab before or on Black Friday? Me too, and with the news of the WiFi only Tab being delayed until after the holidays and not wanting to shell out $999 for an unlocked Galaxy Tab Android 2.2 Tablet I recently did my homework on which carrier would best suit my needs, and that carrier is T-Mobile. Sprint, Verizon, T-Mobile, and AT&T are all carrying the Tab but I picked T-Mobile for one simple reason:
Call T-Mobile Technical Support and ask for the unlock code for any T-Mobile phone or device and they will give it to you – plain and simple. While I’ve not tested this yet, in theory an unlocked Galaxy Tab should be able to run on both T-Mobile and AT&T’s data networks. T-Mobile offers a $599 version of the Tab contract-free which I found might come with some strings attached depending on which store you deal with – more on that later.

So with money in hand (in the way of imaginary ones and zeros on a little piece of plastic in my wallet) I set forth to purchase a Galaxy Tab for review on GadgetMadness. Once inside the T-Mobile store I asked: (Q) Any Galaxy Tabs in stock? (A) Yes! “Okay then” I said, “I’d like to purchase the $599 version.” “What data contract would you like to add to your Tab,” the ‘eager to sign up a new customer’ agent asked me. My response:
“None, I’d just like to purchase the Tab for $599. No contract.”
Insert the sound of a needle skipping off the record here.
Apparently, some stores like the one I visited will tell you they cannot sell you a Galaxy Tab without a contract, and this is just not the truth. “I can walk over to Best Buy and buy a Sprint or Verizon Tab with no contract whatsoever” I said, which didn’t seem to sway the store manager’s opinion not to sell me my new toy. Luckily for me one of the agents in the store piped up and said “We could sell it to him as a pre-paid device.”
Bingo.
Fifteen minutes later I walked out of the store with my new Samsung Galaxy Tab, no data contract, and a smile on my face. Full review and iPad comparison to follow in the next few days.
Buy Samsung Galaxy Tab