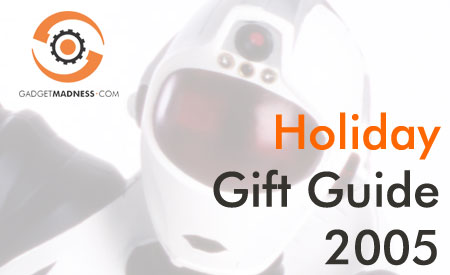 It’s that time of year when my fellow gadget maniacs start shopping for Christmas presents for loved ones (and for themselves!) I’ve put together our top ten list of the Most Wanted Gadgets for 2005, and have also included links so you can get these gadgets early before the shopping craze begins. Without further introduction and in no particular order (we want them all) meet our Top Ten Holiday Gadgets for 2005: 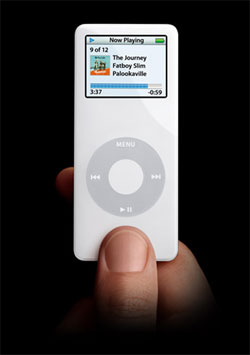 The iPod Nano is Apple’s latest portable music player, and is considered by some to also be their greatest! The Nano has the thickness of five credit cards and a color screen, and features either 2 or 4 gigabytes of storage (so you can always have your favorite music and photos with you.) It’s also the sexiest and slimmest player on the block right now.
Top Ten Things You Should Know about the iPod Nano

The remote controlled flying machine for the 21st century, the X-UFO uses powerful electric motors and an innovative gyroscope so you can fly your own remote control UFO. The X-UFO can be flown up to 100m indoors, and has one red and three blue flashing LED’s to add an “otherworldly” effect. More than a remote control plane, the X-UFO has to be seen to be believed!
GadgetMadness X-UFO Review 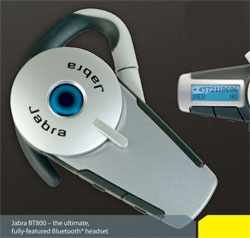 Cords and cables are last century – Bluetooth is the way to connect to your cell phone wirelessly. The Jabra BT800 Bluetooth headset delivers crystal-clear audio and a noise cancelling microphone to provide excellent handsfree communication without wires. The BT800 also has multiple ring options, an LED display (which shows the name of the caller for incoming calls) and a vibrate function. Range is very good, and the BT800 can be worn on either ear.
(Goes best with: Motorola Black RAZR V3)
GadgetMadness BT800 Impressions 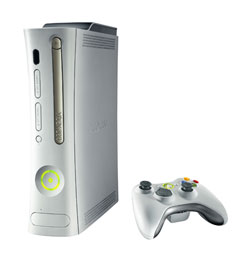 The newest gaming console on the block is the Xbox 360 from Microsoft, which has three 3.2GHz CPU cores and a 20GB hard drive. What does this mean to the average person who doesn’t drool over tech specs? The Xbox 360 will deliver the richest and most realistic graphics in a gaming console (in 2005, anyway) and will open the door to high-definition entertainment. 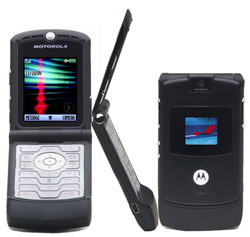 Originally handed out to celebrities at the Oscars, the black Motorola RAZR V3 is the hottest cell phone on the market. The RAZR V3 is quad-band which means excellent reception almost anywhere, and has Bluetooth for connectivity to wireless earpieces and car kits.
(Goes best with: Jabra BT800 Bluetooth Cell Phone Headset)

The PSP handheld entertainment system is so technologically advanced, it feels like something sent back in a time machine. The crystal-clear LCD screen is breathtaking and can be used to watch movies, play games, listen to music, and even browse the Internet. The addition of a built-in web browser also means that movies and podcasts can be downloaded directly to the PSP without a personal computer. (Just make sure you have a big memory card to store your downloaded files and videos.)
(Goes best with: Quantaray Aluminum Case – Small, Logitech Playgear Pocket Case, Sandisk 2GB Memory Stick Duo) 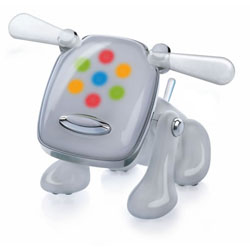 iDog was originally created by Sega, and was all the rage in Japan. Making his way to America via Hasbro, iDog is an electronic companion for your iPod, MP3 player, or anything that has a headphone jack. Plug iDog into your iPod and watch the mesmerizing patterns his “eyes” create based on the types of music you listen to. He also moves his ears and bops his head to the beat! Seems incredibly dorky until you see him in action, then the “coos” and exclamations of “how cute!” fill the room.
(Goes best with: iPod Nano, Sony PSP) 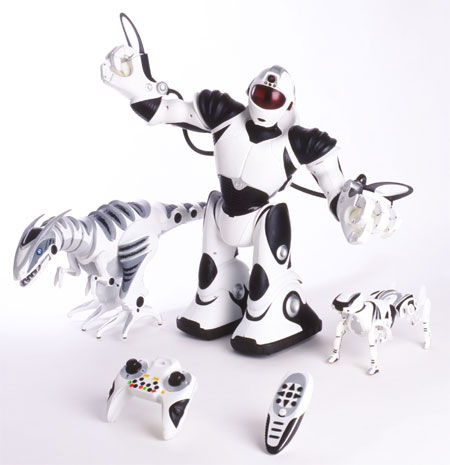 Robosapien V2 brings the fluid movement and biomechanical agility of Robosapien to a whole new level. Gaining a whopping 10” in height (making him almost 28 inches tall!) Robosapien V2 now has full range of motion and the ability to pick up, drop and throw objects with his finely tuned precision hands. Advanced agility allows him to bend over and twist from side to side, so he can now sit, bend, lie down and stand up. He can even stand from a prone position all by himself! Robosapien V2 will interact with his surroundings, and can even talk! Fully equipped with infra-red radar vision, Robosapien’s V2 moving eyes with blue LED lights can detect obstacles, track movements and take objects handed to him.
(Goes best with: Signature Series Roboraptor 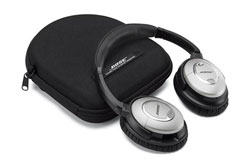 Most people don’t realize how important a good set of headphones are until they actually use a good set of headphones. Noise-cancelling circuits in these headphones sense outside racket using tiny built-in microphones and send a canceling signal, blocking noise from the outside world. This means that on a subway or airplane all you hear is music, not the rumbling of engines.
(Goes best with: iPod Nano, Sony PSP, iDog) 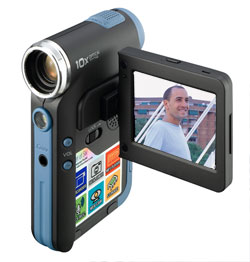 Catch all the action with this sports camcorder from Samsung! The Samsung SCX105L is a digital MPEG4 camcorder with 10x zoom and extra sport lens that can be attached to your head or arm, allowing the extreme sports fanatic to capture all the action of their black slope ski run (or first time on the slopes for the amateur.) A rugged and durable rubberized body means this camera can handle extreme conditions, and the Instant Power On option means you’ll never miss an important moment.