Ed Steele August 3, 2011 Comments Off on John Carter (A Princess of Mars) Trailer 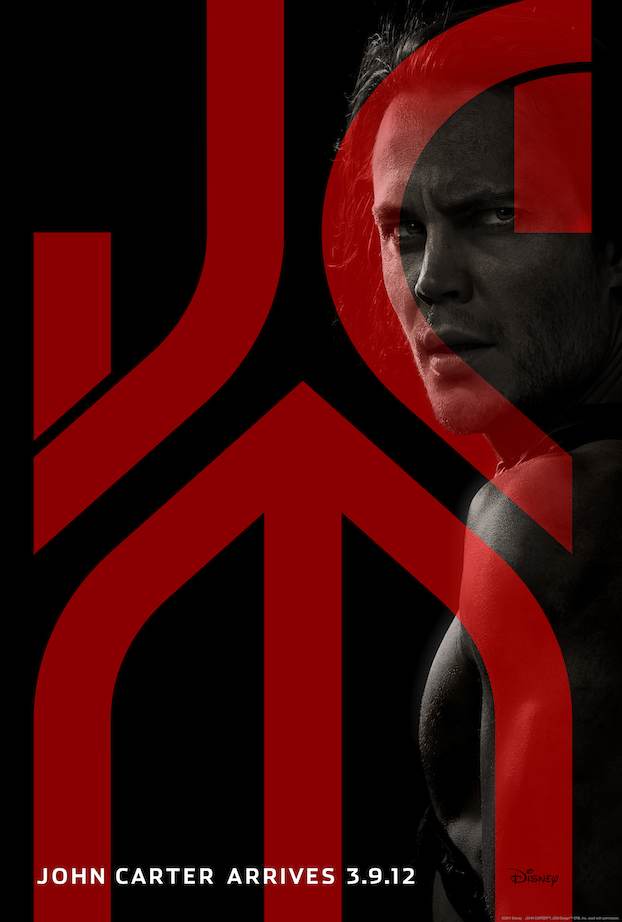 The new Disney trailer for “John Carter” gives a sneak peak at the story of a Civil War hero mysteriously transported to Mars or “Barsoom,” home to two races of sentient beings: the red and the savage green men of Mars. You may find yourself surprised when you discover that this science fiction masterpiece was first published in 1912 by Edgar Rice Burroughs, the same author famous for “Tarzan the Ape Man!” While we would have cast someone a little more rugged-looking like Hugh Jackman for the role of John Carter, Lynn Collins is perfect as “Dejah Thoris, Princess of Helium” and Willem Dafoe as “Tars Tarkas” is a stroke of genius. For those not familiar with the source material, check out “A Princess of Mars” (and the other ten books in the John Carter series) for free via Project Gutenberg . “John Carter” the movie arrives in theaters March 9th, 2012 and for now this trailer gives us great hope that careful attention to the source material has been paid. For example, you may ask yourself ‘why is John Carter flying like that?’ Because the gravity on Mars is far less than the gravity on Earth, allowing him to leap great distances much to the initial amazement of the green men of Mars.