The Beep-It Optical Theremin Is An Unusual Musical Instrument 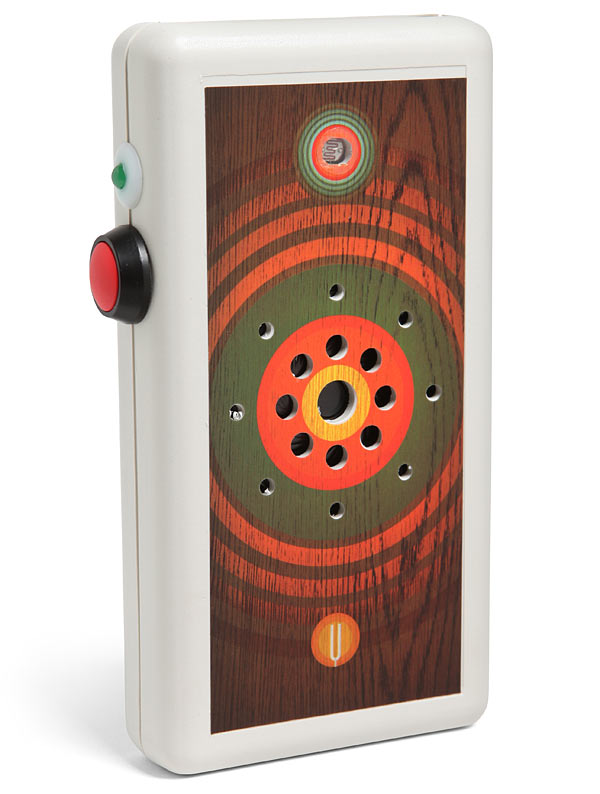 The Theremin is an unusual musical instrument that you don’t actually touch to play. That’s right, musical tones and pitch are generated by waving your hand near this sound-effect gadget resulting in musical sounds you’ve probably heard before watching science fiction “B movies” from the late 1950’s. It’s been quite some time since we’ve covered unusual musical instruments like the original Theremin and we were quite tickled to see this new gadget on ThinkGeek today. The Beep-It Optical Theremin is powered by a single 9-volt battery and features a Big Red Button, a volume knob, a 1/4″ jack, and a photoresistor sensor. Pointing different light sources like a flashlight or laser pointer will result in super cool sound effects and is powerful enough for professional musicians who want to create experimental music. As someone who is always looking for new ways to generate unusual sound effects to annoy nearby co-workers on conference calls I have to say this unusual musical instrument really appeals to me.