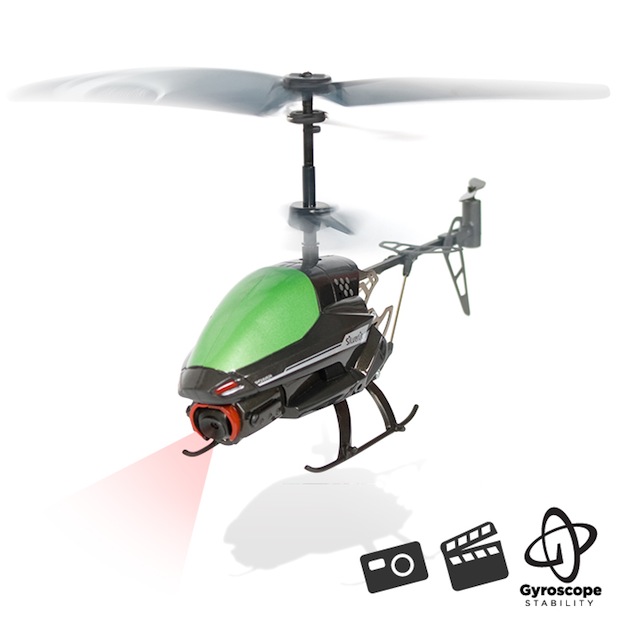 Silverlit, makers of the infamous X-UFO have released a new flying toy – the Silverlit IR Spy Camera Helicopter with a 1.3 megapixel camera! This personal spy drone can take up to three minutes of video at 640×480 resolution or hundreds of photos at 1280×960 resolution and has a three channel IR remote control for flying in all directions. Photos are retrieved by plugging the helicopter to your PC via USB connection, and a sophisticated gyroscope means you’ll get the steadiest video possible. We can only see two big drawbacks to this awesome flying toy – we would prefer it use radio signal instead of infrared for remote control as IR is degraded in bright light or sunlight. Secondly, WHERE ARE THE MISSLES? We’ve seen remote control flying toys that fire missiles and RC flying toys that shoot video – we want a remote control flying toy that records video AND fires missles, just think of the video you could get with that!