Ed Steele July 6, 2011 Comments Off on The Six Million Dollar Man on DVD 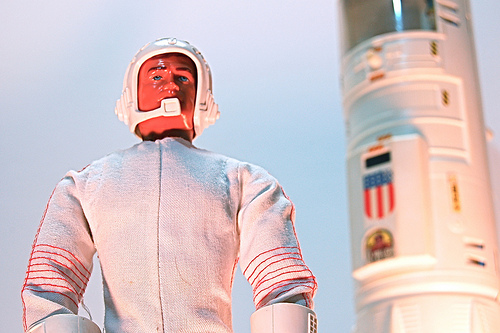 Bigfoot is really… a robot? A probe sent to Venus that comes back and runs amok? Evil android duplicates named “Maskatron?” Those of you old enough to recognize these wonderfully imaginative stories remember Lee Majors as “The Six Million Dollar Man.” For years I have been waiting and watching for this series to be released on DVD. Finally, “The Six Million Dollar Man: The Complete Collection” packs all five seasons (100 episodes) plus all three reunion movies, all three pilots movies, all Bionic Woman crossover episodes, plus exclusive featuretes and audio commentary with Lee Majors and Lindsay Wagner all in a collector’s box with a bionic sound chip. (For those of you whose inner child from the seventies is now bouncing up and down like it is Christmas morning – you’re welcome.)
UPDATE: A little bionic bird just told us that putting THANKYOU in the coupon code box will knock 20% off the price.
The Six Million Dollar Man: The Complete Collection ( Time|Life )