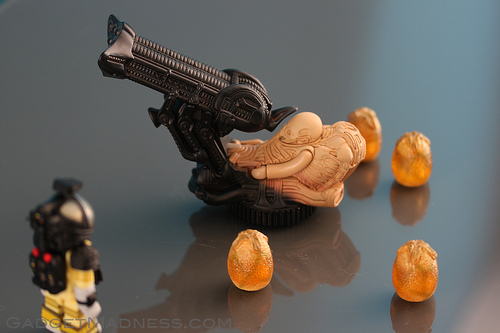 recently had this to say about his work on “Prometheus”:

“As to its origins it started as an Alien prequel. That is what everybody wanted it to be. Obviously Ridley Scott has not made a science fiction movie in twenty five years since Blade Runner so the idea that he is returning to this genre is huge”

Examining the current state of the ALIEN franchise, Lindelof goes on to say:

Time will tell, however reading between the lines it sounds to us like this film will greatly exceed our expectations for what we want from a prequel to one of the greatest science fiction horror films of all time.