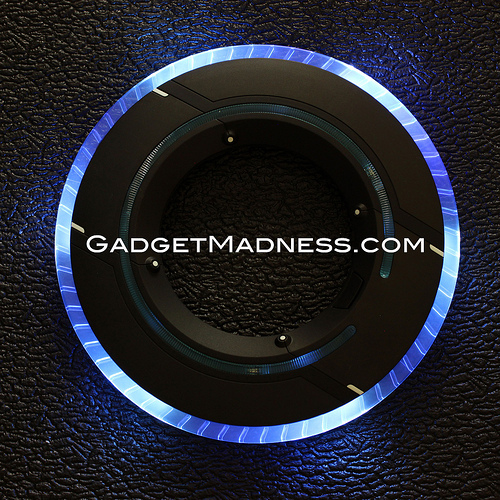 How does a simple toy like this get so botched? When you press the button on the identity disc sometimes the ring reacts and lights up, sometimes it doesn’t. Sometimes noise is emitted – sometimes not. This toy isn’t constructed well enough to be thrown yet it requires you to tap it against another object which yields slight sound and light reaction. All I wanted from the TRON: Legacy Sam Flynn Identity Disc was to react consistently when the main button is pressed and provide a cool light show, and this is not what you get. If I’m bored and underwhelmed as an adult by this toy I can’t really see kids getting into it either. Not recommended unless you really need one of these for a TRON cosplay costume prop. End of line.
Tron Sam’s Deluxe Identity Disc