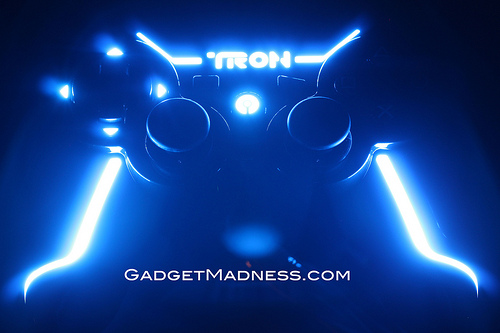 We’re not sure why PDP decided to take the wired approach to the PS3 and Xbox 360 TRON: Legacy Collector’s Edition controllers – perhaps there’s some technical limitation with drawing power from the internal lithium ion battery? Regardless, this special edition TRON PS3 controller is recommended for collectors and those who don’t mind wired controllers, but sadly just isn’t as cool as his TRON Wii remote counterpart.
TRON Wired Controller for PS3 Collector’s Edition