Ed Steele February 12, 2010 Comments Off on I Work For Nakatomi – Die Hard T-Shirt 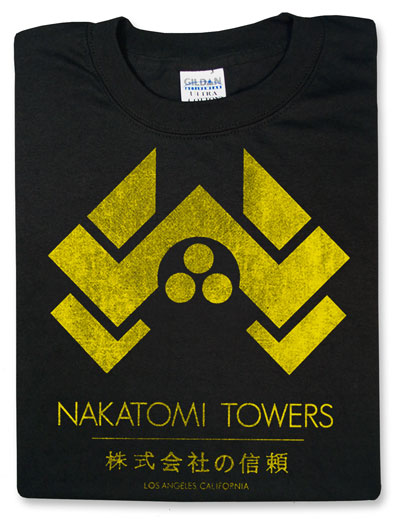 Fans of the original “Die Hard” are loyal to the very end – just like Joseph Takagi. Why not display your corporate loyalty proudly by wearing a “Nakatomi Plaza” t-shirt? Just be on the lookout for terrorists – wearing this shirt in the “Die Hard” universe is the “red shirt” equivalent.
ThinkGeek.com