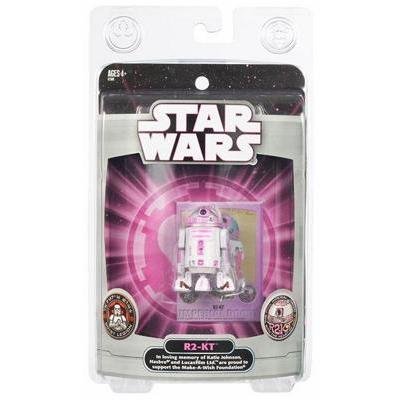 R2-KT was originally created by the R2 Builders Club in honor of Katie Johnson, who passed away in 2005 at the age of seven from brain cancer. Katie’s sister Allie was inspired by watching “Attack of the Clones” and wished that R2-D2 could watch over her sister while undergoing treatment, the same way that R2 watched over Padmé. As fate would have it Katie’s father is the founder of the 501st Legion, a Star Wars cosplay group that performs charity work.
Star Wars: 30th Anniversary Collection Exclusives R2-KT Action Figure

If you enjoyed this post, please consider leaving a comment or subscribing to the RSS feed to have future articles delivered to your feed reader.
Tweet
Share on Tumblr
POSTED IN » Cosplay, Movies | TV