Ed Steele June 5, 2009 Comments Off on Microsoft Company Store Not To Be Sold “Project Gotham Racing 4” For Sale 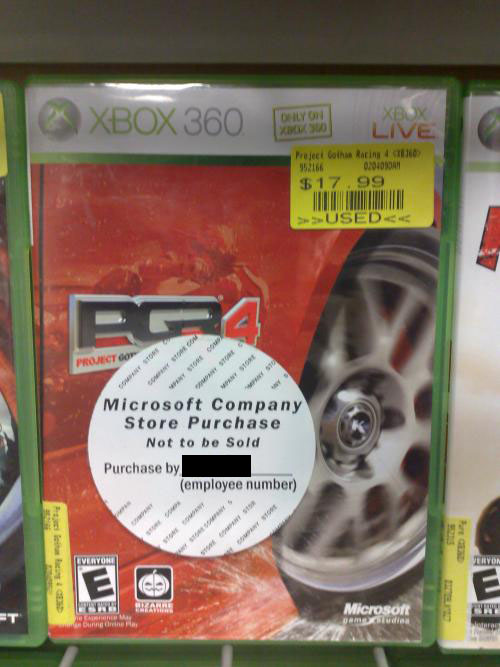 Cost of PG4 for the Xbox 360 at the Microsoft Company Store: probably less than retail. Cost of same copy of PG4 purchased at the Microsoft store, now on the shelf of your local video game store that sells used games: $17.99.
Not removing the sticker with your Microsoft employee number still on it? Priceless.
Thanks anonymous tipster!
Copy of Project Gotham Racing 4 That Won’t Get Someone Fired | Amazon