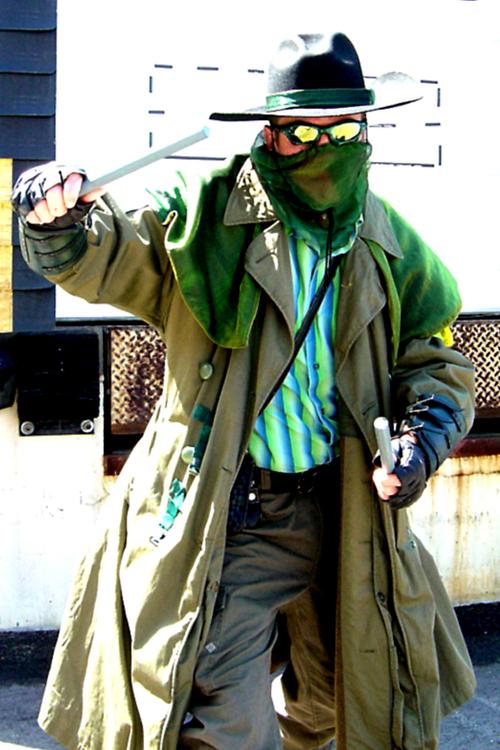 (Photo Courtesy Geist)
People who dress up to fight crime and help others are no longer confined to graphic novels or MMO’s. What would you do if you happened across a mugging in progress? Would you run, call for help, or beat the bad guy to a pulp with your bare fists? Mr. Ravenblade, a laid-off technology worker from Walla Walla, Washington decided he would protect the victim and fight. He stopped the crime in progress without breaking any laws to save the day. Ben Goldman, a historian who runs “Superheroes Anonymous” has this to say about this new breed of good samaritan:

“A lot of them have gone through a sort of existential crisis and have had to discover who they are,” Goldman said. People are starting to put value in what they can do rather than what they have, he said. “They realize that money is fleeting, it’s in fact imaginary.”
Estimates from the few groups that keep tabs put the worldwide total of real-life superheroes between 250 and 300. Goldman said the numbers were around 200 just last summer.

We applaud people who stop to help others in need, especially when they are brave enough to “cosplay” out in the process!
Amid hard times, an influx in real superheroes | CNN
World Superhero Registry