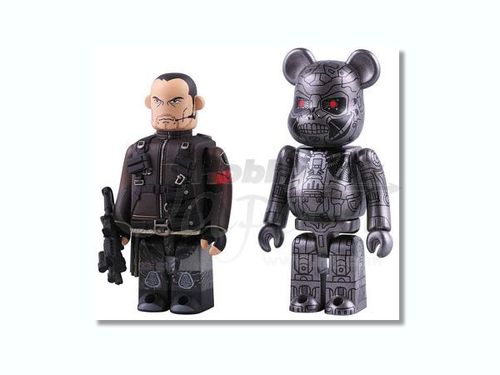 The biggest complaint about one of this summer’s most anticipated flops, “Terminator Salvation” (34% on RT), is the lack of a central villain. Apparently Skynet misses every opportunity possible to “win” in dumb and obvious ways, or at least so we are told. If a T5 ever happens to be made, and that’s a BIG “if”, we want it put on record that the filmmakers need to take a hint from Medicom Kubrick and have John Connor square off against the “TB”-600, an eight foot teddy bear terminator with glowing eyes and pot belly. (Seriously, if you’re going to mess up one of the best film franchises of the eighties you might as well do it with style.)
John Connor Kubrick & T-600 Be@brick Set