Where Can I Buy Or Get The PSP Camera?

Ed Steele November 28, 2008 Comments Off on Where Can I Buy Or Get The PSP Camera? 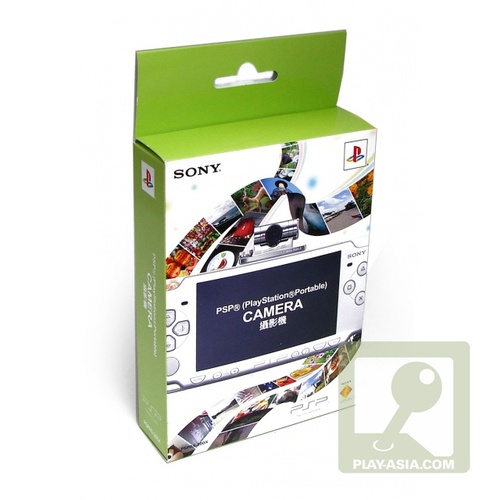 Sometimes the marketing minds at Sony confound the heck out of us. Ever since the original mention of the PSP Camera at E3 in 2004 it has been one of the most desired PSP accessories that we in the US “can’t” have. Why Sony, why won’t you release it here in the states? Heck, we even setup the World’s First PSP Camera Webcam back when the PSP-2000 introduced video out capability. Every time we go out with our red God of War PSP 2000 with the camera attached we literally get stopped and asked this question: “Where can I buy the PSP camera?”
We purchased our original “Chotto Shot” (the Japanese name for the PSP Camera) from Play-Asia a year or so ago. While we simply cannot fathom the reason why Sony won’t release it here themselves, luckily you can still purchase it from Play-Asia using either of the links below. The PSP camera is region-free and every PSP made to date from the PSP-1000 to the PSP-3000 have the software already loaded to use the camera to take photos and videos.
Play-Asia – Link 1
Play-Asia – Link 2
Related: PSP Sample Photos