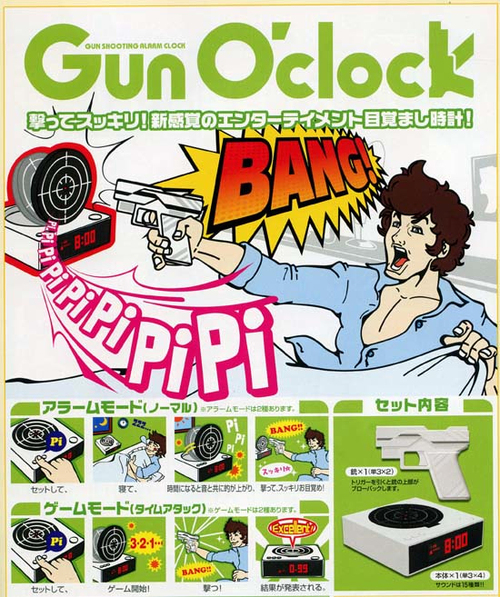 What time is it? Why it’s Gun O’Clock! BLAM BLAM BLAM! We could go to the trouble of telling you how Gun O’Clock works (although it’s blatantly obvious) but we’re almost certain you’d rather watch the bizzare Japanese commercial for it. “3…2…1…shooting!”
Bandai Gun Oclock Alarm Clock