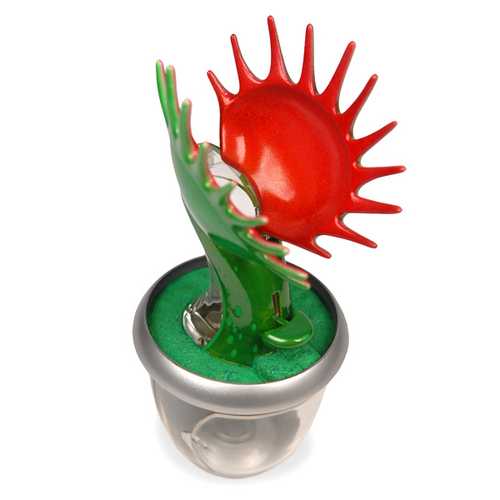 Summit Financial Group (whose name does not immediately bring cool toys to mind) has created a very cool toy in the way of this electronic venus flytrap. A motion activated sensor detects when a bug has entered the chamber, and snaps the mouth shut allowing for your insect detainees to be transferred to the Bug Habitat sold seperately or the Extreme Bug Vaccum. Far less hassle than growing and raising a real Venus Fly Trap – just ask Johhny Fever.
Electronic Venus Fly Trap | Amazon