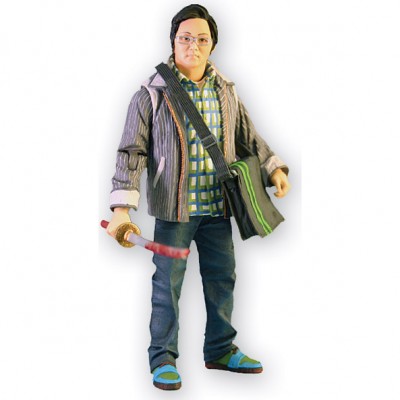 The hit show “Heroes” took the world by storm, only to disappoint in its second season which was also cut short by the writer’s strike. Who could forget the momentum of the first season and the excitement that went along with discovering each new heroes power…okay, we admit maybe not all of you were enthralled with the show as much as we were. NBC has finally released action figures of Claire, Hiro, Sylar, Peter and Mohinder. (Hey! What about Parkman, huh?) Is it too late for “Heroes” or will the show catch momentum again when it returns this fall?