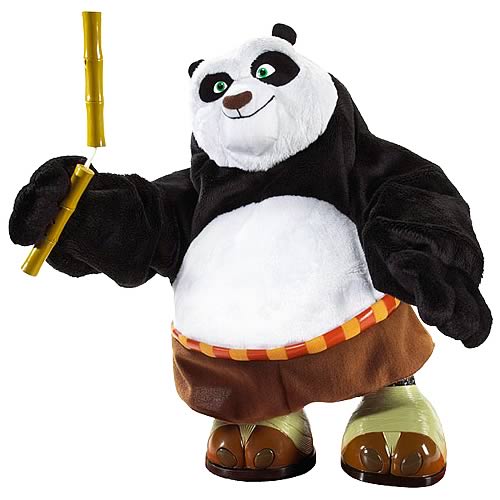 We like robots with combat moves. Housed in this fluffy exterior lies advanced combat sensors that, according to the product description will acknowledge your KungFu movements and respond with quick-draw nunchucks and a roundhouse kick!
While probably not as exciting as all that, we’re still impressed to see combat robots progressing as household toys. We’re not giving up on our hope to one day see a life size Summer Glau “Terminator” battlebot in the toy section. Now just dress her up in a panda suit, and we’ll have come full circle.