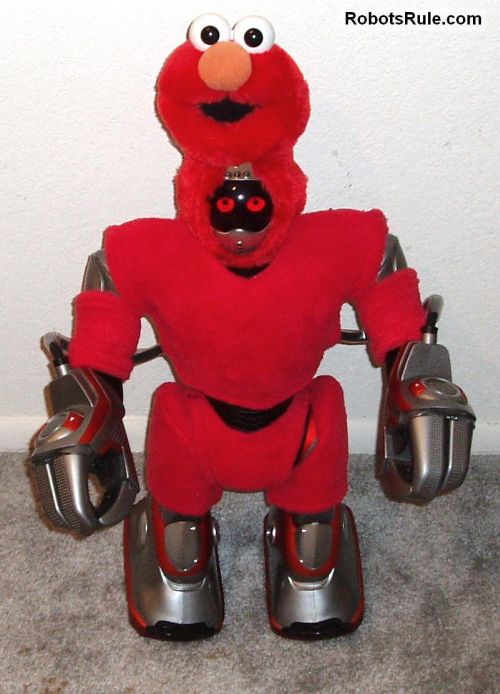 We had our very own love affair with the original Robosapien when he was released back in 2004. Robert over at Robots Rule! has taken his love for the Robosapien to the next level by creating a “Tickle Me Elmo” personality for the latest Robosapien RS Media and gone so far as to create a custom costume:

The costume was made from a Plush Friends Elmo hand puppet, and some red fabric I got at an Arts & Craft store. I paid a local tailor to create the suit, which has velcro straps on it so it can easily be removed at any time. Since the Robosapien V2 and the Robosapien RS Media use the exact same body mold, the costume fits the Robosapien V2 as well.

Scary video and more after the jump.