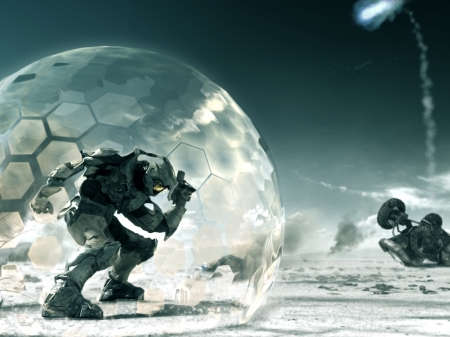 We’re not quite sure what’s gotten into Brian Lam over at Gizmodo but he’s taken it upon himself to spoil the ending of Halo 3 for everyone (maybe) and throw a couple thousand dollars of Halo 3 Press Swag over his second story balcony. We understand not liking fanboyism, but we also know most companies don’t like their gear being dropped from 20 feet “just because” even if you say you love their product. Regardless of your position on how he handles the expensive Halo 3 gear Microsoft sent to Gizmodo for free, don’t watch the video to the end if you don’t want the end of Halo 3 spoiled for you. Which we know you probably will even though we warned you not to.
Hey Gizmodo, here’s an idea: instead of throwing all that cool Halo 3 gear off a balcony and stuff, why not put it up on eBay and donate the money raised to charity? Or even better donate the entire Halo 3 lot to a local hospital with a children’s cancer ward or something? You’d probably make some kids very happy.
Gizmodo
UPDATE: For those of you who came here looking for real spoilers, there’s a high quality vidcap of the actual ending of Halo 3 after the jump.

Watch at your own risk, this really is the ending of Halo 3!!