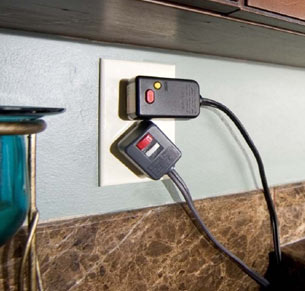 We’ve all been there. You’re staring at the damn electrical outlet with the big air freshener plugged in, and you’re holding the big transformer plug that’s just not going to fit. “If only we lived in a world where the outlets would rotate all the way around,” you think to yourself. “A world where a UL rated 15A 125V receptacle that fits standard gang boxes had outlets that would spin around just enough so I could plug this in…”
If only such a world existed…. Oh wait, it does!
ThinkGeek.com