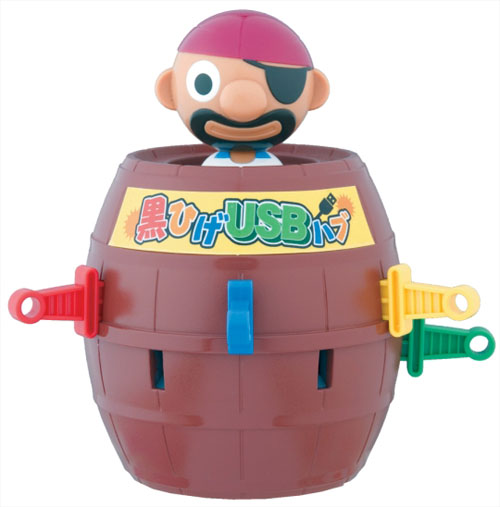 What could be better than a Pop-Up Pirate USB Hub on “Talk Like A Pirate” day? (Well, other than booty and a bottle of rum, not much!) Simply place the pirate in the barrel, give him a good turn and then start stabbin’ away with the pointy little plasic knives. When you pierce him directly, he’ll pop up and make a bomb sound!
GeekStuff4u