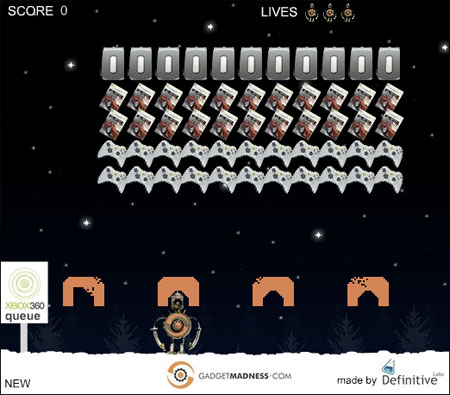 Merry Christmas and Happy Holidays to everyone out there! We can’t thank you enough for reading GadgetMadness, so here’s a little game to help you through the holidays if you weren’t able to snag a 360. This fantastic Flash game features our very own site mascot, “Gadget the Robot” as he blasts his way through invading hordes of 360 games and accessories. If you’re a good shot, you might just take down the 360 Mothership!
(Very special thanks to Vinnie at Definitive Labs for putting this great game together for us. You’re the best!)