Cell Phone For Dogs: Hey Princess, Where You At?

Ed Steele December 9, 2005 Comments Off on Cell Phone For Dogs: Hey Princess, Where You At? 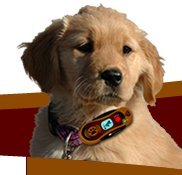 We know you’ve been dying for a way to buzz your dog and ask him, “Who’s a good boy? Who’s a good boy?” Well, thank your lucky stars, because PetMobility has finally released a cell phone for dogs. That’s right, it’s a cell phone that mounts on a collar. You call it and your dog can hear you through the speaker. He’ll probably be permanently scarred by the voices coming from his collar, but that’s okay, because there’s also a camera on the phone so you can see exactly what he’s doing. If that’s something you’d like to see. I know I wouldn’t.
Thanks to Cap’n Oats for the pointer.
PetsCell, from PetsMobility