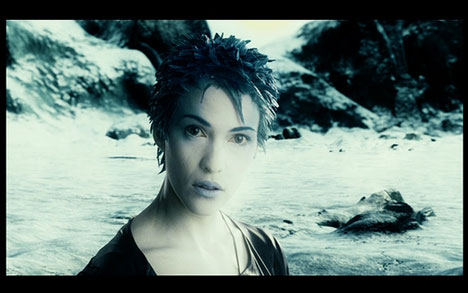 It’s not often that I purchase a DVD that looks like it will just totally and completely suck, and instead am pleasantly surprised. This was the case with “Immortal,” a French sci-fi film born from a Heavy Metal story. Imagine how bizzare, brilliantly visual, and often incoherent Heavy Metal science fiction stories are, and then bring this one to life with ten gallons of CGI animation and there you have “Immortal.” It’s by no means a great film, but for someone wanting an adventurous departure from the realm of “normal” films it’s a veritable banquet for the eyes. (The CGI isn’t too bad either.)