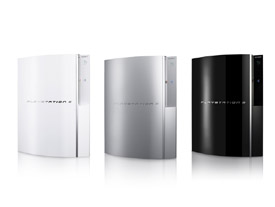 Sony is reporting that the PS3 will hit stores next year. What does that mean? A lot! For one thing it means it won’t be under my Christmas tree this year. It also means it is something to look forward to in 2006. Personally I don’t have either a PS3 or an XBOX… yet. Since Sony is putting it off until 2006, that means the showdown for me will be in 2006 as well, when Microsoft’s XBOX 360 will go head to head with the PS3. For more info on the PS3, check out Sony’s website for the article.