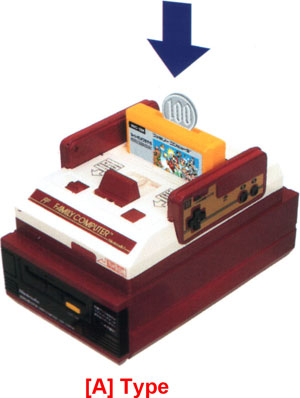 This musical bank from Banpresto, nicely shaped like a Famicom system, plays four different kinds of music when coins are placed inside. (Saving money and dancing to Nintendo tunes just happen to be our two favorite past times.)
Official Famicom Cashbox