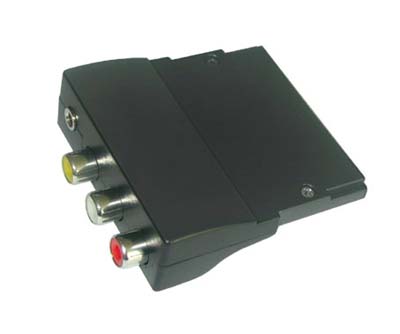 You Gameboy Advance and your Nindendo DS both have small but usable LCD screens. Wouldn’t it be great to be able to plug in a DVD player or your PS2 and use it as a little LCD monitor? With the May Flash GBA A/V Adapter, you can do just that.
But how does the video look when squished onto that tiny little screen?

What’s In The Box? 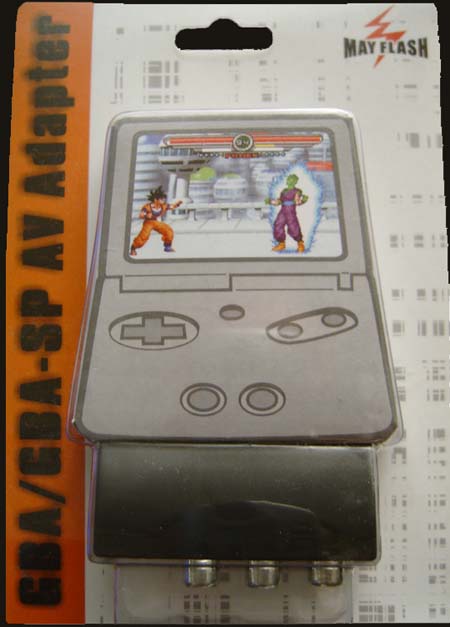 All we find in the box besides the adapter itself is a little cardboard GBA SP. Since you won’t impress too many people with that, let’s move on to the A/V adapter.
One end plugs in to the GBA and the other has video and stereo audio RCA jacks and a headphone jack. The headphone jack is the only way to hear the audio passing through, which is kind of a letdown.
Volume, brightness, hue, saturation and “constract” (contrast, I suppose) are controlled by selecting with A and B and then adjusting with L and R. That’s all there is to it. The video quality actually isn’t too bad when it comes to watching DVDs. It’s tiny, of course, but Lord Of The Rings was watchable. 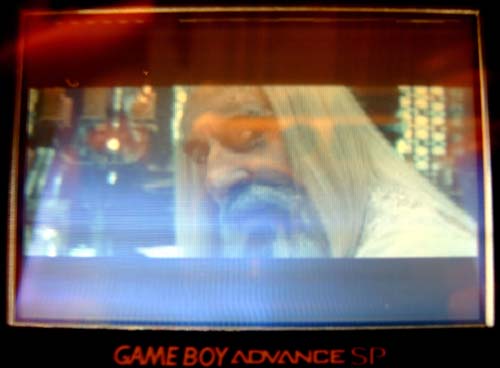 Saruman and the Forces of Darkness give it two very evil thumbs up! 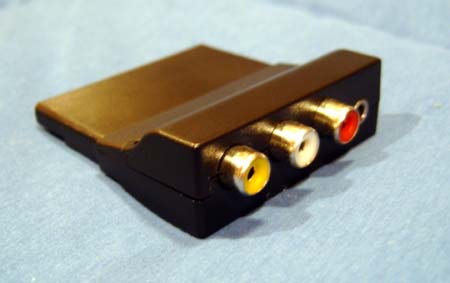 First of all, it would be really cool if it would play the audio through the GBA speaker so you don’t have to hassle with headphones. But I guess if you’re going for a theatrical experience, this is probably not the correct gadget to be investigating.
Also, the image is so small and pixellated that you shouldn’t plan on trying to play any console games through it if you actually want to be able to read what’s on the screen. I spent some time trying to play Katamari Damacy on it, and the only thing that was readable at all was the Katamari size indicator. Everything else is just a blur. That’s not really a limitation of the device, though; it has more to do with the quality of the GBA screen. It would be interesting to see if the DS does better with displaying the small text.

I’m quite sure it doesn’t come close to comparing with the PSP screen, and it’s not going to give you the feel of a home theater, but it certainly works as an option when traveling with a PS2 or other console. It’s cheaper than buying an extra LCD monitor, and it is very easy to use.
The May Flash Gameboy Advance A/V Adapter is available from Merconnet