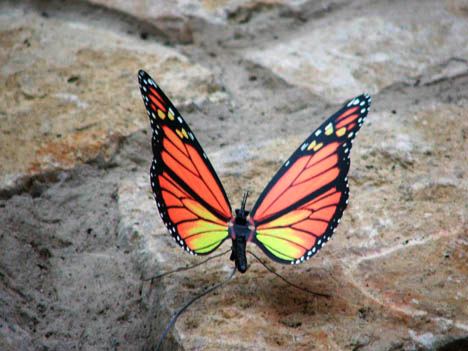 Like our butterfly? It’s artificial, although in our photos (and video) it moves its wings with a very realistic movement, and yet has no motors or electronics whatsoever! It uses a “metallic muscle” known as FlexinolÂ® that contracts and relaxes under certain conditions (resulting in very realistic wing movement). So just how real does it look in action? 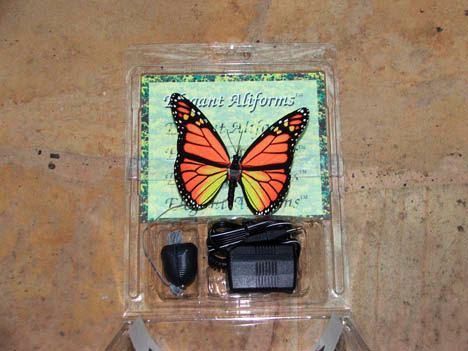 The Elegant Aliform Butterfly (aliform means having wings or wing-like extensions), and his AC adaptor.
Dynalloy, Inc. is a manufacturer of shape memory alloys made to be used as actuators or motors which operate under many many cycles. The high strain of such applications requires a dependable, reliable and very durable material. The Elegant Aliform was originally created to demonstrate their FlexinolÂ® actuator wires, but became so popular that an entire product line was created.

We were sent the Monarch Aliform to test (there are five other butterfly types: Blue Morpho, Dog Face, American Painted Lady, Clodius, and Old World Swallowtail.) For those expecting a robotic butterfly that can fire death beams from his eyes like Mothra, you should know that the Aliform does only one thing: move his wings. However, this robotic butterfly makes up for limited function with exceptional realism. (Do one thing, and do it well, right?) The impressive thing is that he does this, yet has no motor and operates siliently. Watching an Aliform in action is very soothing, and can cause the casual obeserver to do a double-take… 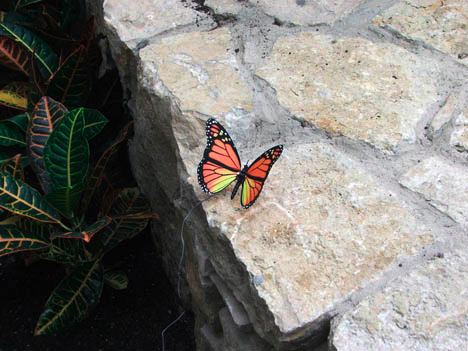 The Aliform requires AC power to operate, which is fine for adding a bit of nature to your cube or home, but no fun if you want to go mobile and actually fool someone into thinking you have a real butterfly in your hand. (Since he runs on 6V, we think it would probably be easy to modify a 9-volt battery to work with him.)

The Robotic Butterfly does not actually fly, will not come when called, and has no artificial intellegence whatsoever. It has no motors, no processors, nor voice recognition features. It’s a very simple product that does one thing incredibly well – it imitates a real butterfly almost perfectly, and is very cool. The Elegant Aliform is also beautiful to watch, and even comes with a year’s warranty. As a product created for the sole purpose of demonstrating a smart metal wire, we think the Elegant Aliform is a unique and marvelous happenstance.

Buy Your Robotic Butterfly from ScientificsOnline.com 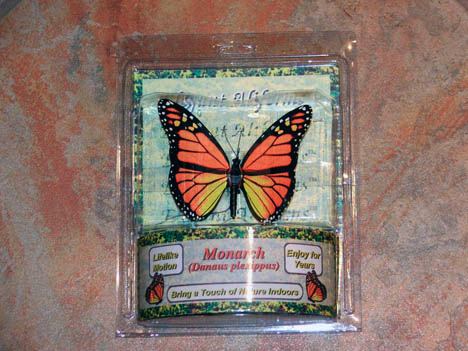